Woman finds a deer in her house 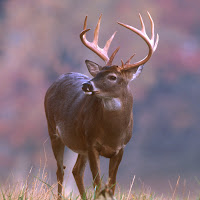 A woman was upset when she found that a deer had been hanging out in her house.

Natalie Jolly said after the deer came through one of her windows earlier this week, the apparently frightened animal took an impromptu home tour, WAPT-TV, Jackson, Miss., reported Wednesday.

Tuesday morning's visit by the deer included a jump on one of the beds and stepping on bath preparations in a bathroom, Jolly said.

The homeowner said after finding its way into her bathroom, the animal somehow turned on the tub faucet and flooded the floor.

I wonder if the deer ate her porridge also.

HAHA! Did he also sleep in her bed as well?!?