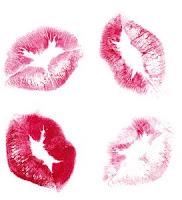 The mayor of Guanajuato, Mexico is denying that her town has banned kissing and has declared her town the kissing capital.

The flap arose over an anti-obscenity law that many people believed would fine anyone caught kissing in public. The government denied it intended to ban kissing, but agreed to suspend the legislation so its wording could be reviewed.

Romero unveiled advertisements Tuesday featuring a couple locking lips on one of Guanajuato's many winding, cobble-stoned streets. They read: "Guanajuato, the kissing capital."