Man coughs up nail stuck in his nose for thirty years 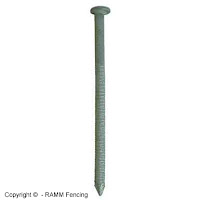 A Colorado man stunned doctors when he coughed up a nail that could have been in his face for thirty years.

Prax Sanchez went to the doctor complaining of pain under his right eye. The doctor ordered an MRI, whose magnetisms seems to have dislodged the inch-long nail from Sanchez's sinuses, local TV station KKTV reported. On his way home, he coughed the nail up, much to his surprise.

"I never had any idea there was any metal in my face," Sanchez told KKTV.

He'd had a dizzy spell about a year ago, and has a x-ray taken of his head. At the time, doctors somehow missed the inch-long nail that appeared clearly in his films, Colorado's KOAA TV station reported.

Now that's disturbing. How could he not know that he had a nail in his nose. Eek!