Don't try this. Ever! 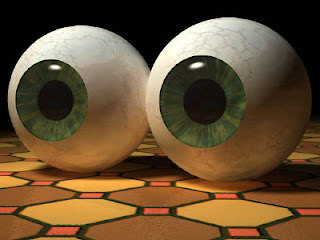 A man in China is upset that the Guinness Book of World Records wil not give him credit for pulling cars with hooks laced through holes in his eye sockets.

Luo Deyuan, 21, said his feat of ocular strength was kept out of the record books because officials decided it was too dangerous, Britain's The Sun reported Thursday.

However, Luo said he has not given up on his dreams of Guinness Book glory. He plans to submit more stunt proposals to the world record authority -- including lifting buckets of water with his eyebrows, walking on sharp blades and stopping electric fans with his tongue.

Sounds like he's got a real need to be maimed. I hope someone tells him to stop it before he gets hurt.
Posted by Sara at 2:20 PM