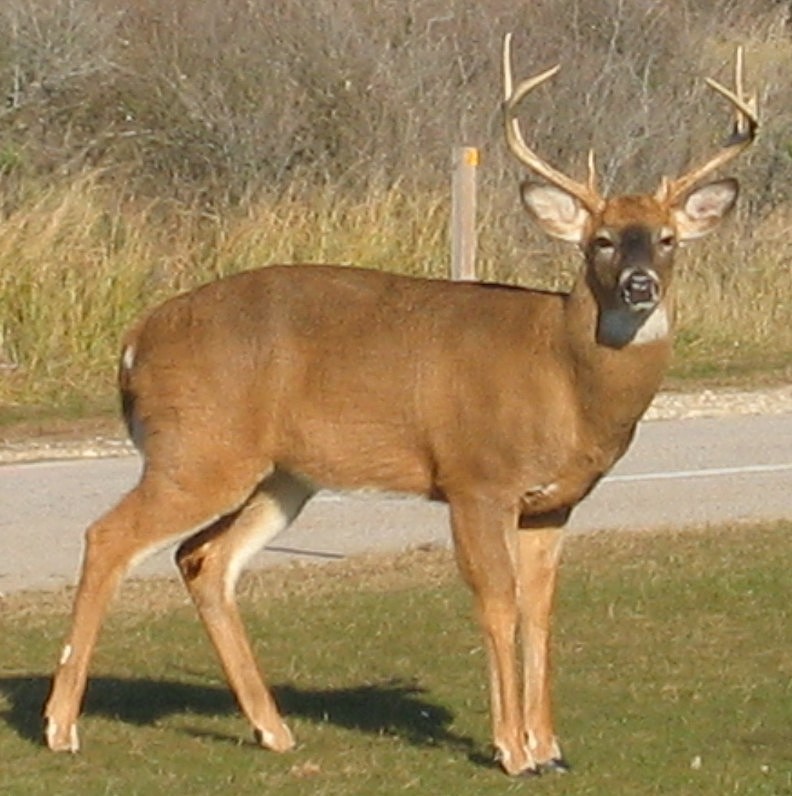 A fourth grade class in Michigan had an unexpected visitor in their classroom when a six point buck crashed through a window and into their classroom.


The six-point buck sent chairs, desks, books and shards of glass flying. A boy suffered a small cut to his head, but there were no serious injuries


The buck left quickly after he realized that he was not in the woods anymore. No word as to what led the buck to think that the school was worth bashing into. He left part of his antlers behind in the classroom which I'm sure the fourth graders thought was super cool.

The teacher stayed calm and told her class to get to the floor and then got them out of the classroom quickly.
Posted by Sara at 6:05 PM

This story made http://detentionslip.org ! Check it out for all the crazy headlines from our schools