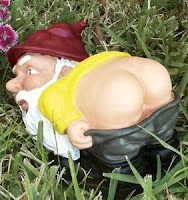 Staff members in an Amazon warehouse were encouraged to drop their pants and moon the camera after a negative article was published about working conditions at the warehouse.

Staff at the warehouse said managers claimed the idea of the photograph came from Jeff Bezos, Amazon’s American founder. One said: “The managers called everyone in and said they were going to have ‘a little bit of Christmas fun and light-hearted spirit’ in response to the article. It was to say ‘up yours to the papers’, that it was good working there and not as bad as it’s made out.”

Another source said: “They were sending the supervisors to try to persuade people on a one-to-one basis. It’s ludicrous and a lot of the staff are upset about it.” More than 200 staff were eventually photographed – but waving to the camera instead of mooning.

Amazon headquarters denies any involvement in the encouraged mooning.

I think this would have gone over better in the US than in the UK.