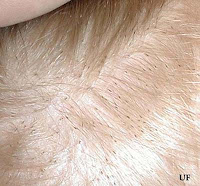 A Russian Karate master killed a woman and her daughter with his Karate skills because he believed they gave his wife lice.

The drunk 26-year-old burst into a neighboring room in his hostel Tuesday and used karate moves to kill the pair, state investigator Eduard Abdullin said by telephone from Kazan, a city 700 km (430 miles) east of Moscow.

"He literally beat them to death with his hands and feet," Abdullin said. "The family were poor and drank a lot. He blamed them for infecting his wife and the entire corridor with lice."

The 58-year-old husband of the dead woman was also badly beaten, but survived.

So, did that story make your head itch?