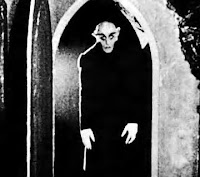 The principal at a fancy prep school in Boston has released a statement denying the existence of vampires at his school after a group of students were convinced that a vampire attack had happened on campus.

Students at the school, which was founded in 1635, began e-mailing news organizations Wednesday night with the strange story of vampires roaming the halls.

"Supposedly 3 students believe that they are vampires and today when a student was bitten the police were informed," wrote one student in a message to TheBostonChannel.com. "I heard that one girl was arrested another suspended."

Police, however, denied reports that anyone at the school was bitten.

The rumors were strong enough to cause anxiety among the student body and disrupt classes on Thursday.

"I seek your cooperation in redirecting your energy toward the learning objectives of the day. Please do not sensationalize or discuss these rumors,"

Teta wrote in a notice obtained by the Boston Globe and sent to faculty, students and parents.Teta said she was concerned that some students' safety might be jeopardized because of the rumors."At no time was anyone's safety in jeopardy," she wrote.

Boston police acknowledged visiting the school Wednesday after learning about the rumors."We did go over there and speak to some of the students and quelled the rumors that were going and kind of told them the effect those rumors could have on the rest of the student population," spokesman Eddy Chrispin said.

At least that's what they want them to think. . . . Perhaps it's really like the school in the book Evernight that's been a haven for vampires for years and this is just a big coverup.
Posted by Sara at 11:02 PM