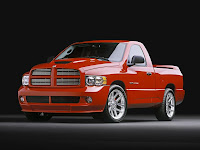 A man who called police to notify them that his car had been stolen was surprised to find that it had stolen itself.

Michael Otero said he left the keys in the ignition and the doors unlocked when he exited the red pickup truck to enter a 7-Eleven store Sunday in Laguna Beach, so he feared the worst when he came out of the store to find no trace of his vehicle, the Orange County (Calif.) Register reported Thursday.

Otero said police arrived and screened surveillance camera footage to find a most improbable explanation for the mystery. The video shows the manual transmission truck -- which Otero said had been put into first gear with the parking brake on -- rolling in reverse from its parking space and heading toward the street until it curved and slid into an empty parking spot in an adjacent lot.

Otero said the truck received only minor damage from hitting a wall when it slid into its new parking space.

He planned to have a mechanic look at it to try to determine why it rolled on its own with the parking brake on and the transmission in gear.

And this is why you never leave your keys in your car.