Man calls 911 because there is no lemonade 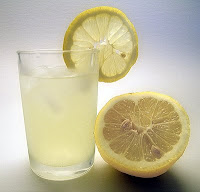 A Florida man was arrested after he called 911 to report that a restaurant was out of lemonade.

Boynton Beach police charged Jean Fortune with misusing emergency services for his alleged phone call Saturday in which he complained about that lack of his preferred beverage at a local Burger King, The Palm Beach Post reported Sunday.

An arrest report alleges Fortune became upset upon learning the fast-food restaurant was out of lemonade.

After a drive-through employee failed to respond to Fortune's threat of contacting the police, the upset diner called 911, the report alleges.

When a police officer showed up and talked to all involved he issued a citation to the man to appear in court.