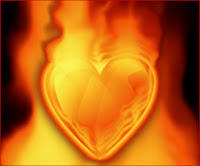 A woman in Australia is being charged with murder after her husband died from complications that were caused by her setting his genitals were set on fire. The woman doused his genitals with alcohol and lit them on fire because he'd cheated on her.

Prosecutor Lucy Boord said Narayan told neighbors she was a "jealous wife" but she hadn't meant to kill him when she doused the sleeping man's genitals with an alcohol-based solvent and then set him on fire.

'It belongs to me'
Boord quoted Narayan allegedly saying: "I just wanted to burn his penis so it belongs to me and no one else. ... I didn't mean this to happen."

The husband jumped out of bed and knocked over the bottle of alcohol, causing the fire to spread and resulting in 1 million Australian dollars ($711,000) of damage to their town house and an adjacent property, the Adelaide Advertiser reported.

She's being charged with murder and arson and for endangering the life of the couples three children.