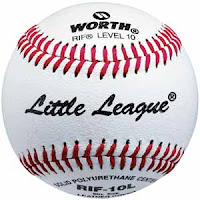 A little league coach in Washington took several of his players with him when he broke into a vacant store and stole bolts and lights.

Investigators allege that George Spady Jr. was with his son, a nephew and another player from his baseball team when he broke into a vacant shop and took overhead lights and bolts. The boys were encouraged to assist with the break-in, Snohomish County deputy prosecutor Edirin Okoloko wrote in court documents.

Spady, 31, was charged Monday with second-degree burglary, a felony.

Snohomish County sheriff's deputies were called to one of the players' homes after the boy told his stepfather that his coach had taken him along to break into a shop in Arlington, Okoloko wrote.

The stepfather was angry that an adult would use the boys to commit a crime, and, even worse, "that the adult was his son's baseball coach," Okoloko wrote.

The boy told investigators that Spady's son crawled through a vent on the back side of the shop and unlocked the door for his father. Spady, his son and Spady's nephew then went inside and came out with light fixtures and some other items, according to court documents.

The boy told investigators that Spady yelled at him to go inside and grab more from the shop, and told him to hurry up because he saw a truck drive by, Okoloko wrote.

The boy told police he didn't take anything from the shop.

Spady told police he'd driven onto the property to go "four-wheeling" with the boys, Okoloko wrote. He told the sheriff's deputy he didn't see the numerous "No Trespassing" signs posted on the shop, near the driveway and in other locations on the property.

Investigators reported that Spady told them the front door to the shop was unlocked and he couldn't recall if anyone went through a vent to get inside, Okoloko wrote.

Spady was apologetic, the deputy reported.

He admitted taking shop lights and bolts but didn't take anything else; he handed over the lights to the sheriff's deputy. He said he didn't have the bolts with him, according to court documents.

The boys are not expected to be charged with a crime.

In the future the little league should choose coaches that are good role models for it's players.