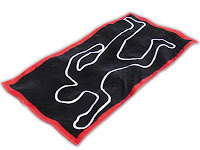 A Florida woman has been charged with keeping her mothers dead body in a bedroom so that she could collect her social security and retirement benefits.

Police found the decaying body of her mother, Timmie Jordan, on a bed in a spare bedroom at the mother's home in late March, when they were called to investigate a report of nuisance cats.

Penelope Jordan told police her mother had died in 2003.

The indictment alleged Jordan concealed her mother's death in order to receive both her U.S. Social Security benefits and her military survivor's benefit.

Jordan collected $61,415 from Social Security and $176,461 from the military pension during the six years, prosecutors said.

She could face up to 15 years in prison.

Local media reported that the 61-year-old woman told police her mother died of old age and she kept the remains because she couldn't afford burial expenses. An autopsy found no signs of foul play.

According to a local paper, police found many cats on Jordan's property but she denied they were hers.

Yeah, she couldn't afford burial expenses because that would cause her to loose her mothers money.