Woman Fired for Surfing the Internet on a Sick Day 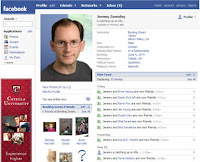 A woman in Sweden lost her job after her employer found out that she was surfing the internet after telling them she was so sick she couldn't use a computer.

The woman said she could not work in front of a computer as she needed to lie in the dark but was then seen to be active on Facebook, which insurer Nationale Suisse said in a statement had destroyed its trust in the employee.

"This abuse of trust, rather than the activity on Facebook, led to the ending of the work contract," it said.

The unnamed woman told the 20 Minuten daily she had been surfing Facebook in bed on her iPhone and accused her employer of spying on her and other employees by sending a mysterious friend request which allows access to personal online activity.

Nationale Suisse rejected the accusation of spying and said the employee's Facebook activity had been stumbled across by a colleague in November, before use of the social network site was blocked in the company.

Now that's what you get for lying about being sick and getting caught.