This wedding sponsored by Dr. Pepper 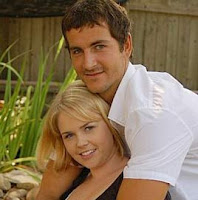 A Virginia woman got a little help to have her dream wedding from Dr Pepper after auctioning off a spot in her wedding party on e-bay.

Last year, one of her five bridesmaids suggested Gray auction on eBay a spot in her wedding party to raise funds for her Sunday nuptials. Imagine Gray's surprise when the winner was not a person, but a company: Plano-based Dr Pepper Snapple Group.

Dr Pepper Snapple placed a winning bid of $5,700 but decided Gray deserved a bit more for her creativity and increased the payout to $10,000 after the auction. The company also agreed to donate drinks for Gray's rehearsal dinner and wedding.

The eBay auction and subsequent corporate bid sparked interest in Gray's hometown, prompting several vendors to donate their services. In a large display of local support, bridesmaids' dresses, groomsmen's attire, videography, photography, flowers and the programs all have been donated.

The auction money has been used to pay for the venue, catering, wedding party gifts, the guestbook, and other miscellaneous items, Gray said.

And what about that empty spot in Gray's wedding party? At one point, it was rumored that Dr Pepper Snapple would fill the bridesmaid slot with a celebrity. But that idea never came to fruition.

"It started turning into ‘who's the celebrity' instead of being about me and Karl," Gray said.

"We talked to Kelly and the focus became making the wedding of her dreams, not filling the wedding party spot with someone she doesn't know," said Christine Danuser, a company spokeswoman.

Gray's wedding on Sunday will involve more than just one perfect match. The wedding is specifically being covered by the Diet Dr Pepper division of the company, and Gray happens to be an avid Diet Dr Pepper fan.

"I drink about two cans a day," Gray said. "That's all my mom drinks. Once as a kid, I got her Peanut M&Ms and Diet Dr Pepper for Christmas because I knew that's what she'd like!"

In a show of affection for the drink, when Gray was offered a free ice sculpture, she asked for it to be shaped like an old Diet Dr Pepper bottle.

Works out for everyone, she gets a great wedding and Dr Pepper gets lots of media attention. I don't know about having a sponsored wedding though.