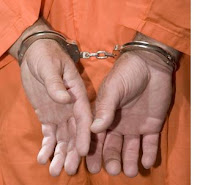 A woman in the UK has been sentenced to two months in jail for lying to get out of a speeding ticket.

Investigators said Sema Ali, 43, initially told police that she had been speeding -- an offense which carries an $87 fine -- because four men had attempted to run her Renault Megane off the road, The Times of London reported Monday.

Police said Ali then convinced her husband, Mohammed Nawaz, to lie and tell police that someone else was behind the wheel when the speed camera photographed the vehicle in April 2007.

Ali and Nawaz both pleaded guilty to perverting the course of justice. They were both sentenced to two months in jail, while Ali was also fined $87 for the traffic offense and received three points on her license.

She should of told them that she really really had to go to the bathroom, it would have been more believable. Did they not think that they would be able to see her in the picture from the camera?