Stealing an apple from the teacher 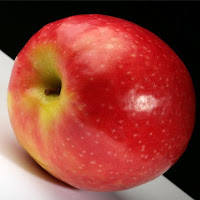 An 18 year old Florida student was arrested after he stole an apple figurine from his teacher and refused to give it back.

Officers said the student was playing with a spring and when his teacher confiscated it he took a red, glass apple from the teacher's desk. Officers told him he would face charges if he didn't return the apple.

The student responded, "So what, I'm not leaving without my spring," according to a report.

Officers took a picture of the apple as evidence. The student was released from jail.

Wonder if he thought it was worth it.