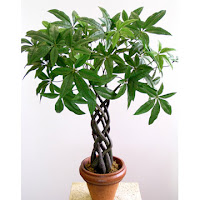 An Ohio man tried to hide his pot from police by giving it to a twelve year old who was a passenger in his car.

The report said Collins refused to stop when officers attempted to pull him over and led police on a brief chase ending at Mount Crest Apartment complex, where police said he tried to flee on foot.

Collins was apprehended and a 12-year-old passenger in the Oldsmobile gave police a bag of marijuana that he claimed had been given to him by Collins to hold. Police discovered several more bags of marijuana were found in the car.

Collins told officers the boy "wanted to hold it" because the boy "liked to smoke weed," the report said. However, the boy was released without charge and Collins was arrested on suspicion of failure to comply with officers' order and misdemeanor charges of endangering a child, contributing to the unruliness of a minor and obstructing official business.

Um, 12 year olds are not so stupid that they will take the rap and go to jail for someone elses pot.

That is one lame excuse for a dad. Yikes.