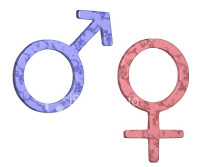 A set of Swedish parents have refused to let anyone know what gender their child is.

Pop’s parents [see footnote], both 24, made a decision when their baby was born to keep Pop’s sex a secret. Aside from a select few – those who have changed the child’s diaper – nobody knows Pop’s gender; if anyone enquires, Pop’s parents simply say they don’t disclose this information.

In an interview with newspaper Svenska Dagbladet in March, the parents were quoted saying their decision was rooted in the feminist philosophy that gender is a social construction.

“We want Pop to grow up more freely and avoid being forced into a specific gender mould from the outset,” Pop’s mother said. “It's cruel to bring a child into the world with a blue or pink stamp on their forehead.”

The child's parents said so long as they keep Pop’s gender a secret, he or she will be able to avoid preconceived notions of how people should be treated if male or female.

Pop's wardrobe includes everything from dresses to trousers and Pop's hairstyle changes on a regular basis. And Pop usually decides how Pop is going to dress on a given morning.