Ohio residents get parking tickets for parking in their own driveway 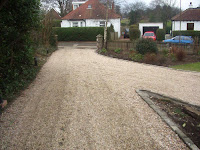 The tickets are for technically breaking the law that states no one may park on unpaved ground. But suddenly, that seems to apply for their own driveways.

"I just can't reach into my magic box of tricks and get 5-6 grand to pave my driveway," said Charles Robertson, who received a $25 ticket.

"She wouldn't have written the ticket if she didn't think she would be vindicated," said the mayor. "If they broke the law, you write a ticket."

Residents all along Holland Sylvania found their cars ticketed in their own yards.

Not everyone agrees in defending the tickets, however. City Councilman D. Michael Collins collected tickets to attempt to get them rescinded.

"I want this irresponsible activity by city employees going into neighborhoods and just doing something by fiat -- it has to stop," said Collins.

Residents question the motive behind the tickets. Many suspect it's just another way to squeeze out some extra money.

When this theory was presented to the Mayor, he ignored it, asking, "Could I have another question?"

Sounds like someone needs to be voted out of office. That's just terribly absurd.