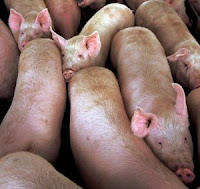 An Arkansas highway was closed today because of runaway pigs after a trailer accident.

Arkansas State Police say a tractor-trailer rig hauling pigs overturned early Monday on a major highway and some of the four-legged hogs got loose.

The wreck and the roaming porkers closed a stretch of Interstate 430 connecting Little Rock to North Little Rock.

State Police spokesman Bill Sadler said morning commuters were detoured around the area as troopers and others tried to corral the escaped hogs.

The swine could weigh as much as 800 pounds each. 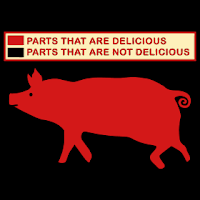