Man gets religious tatoo, runs out without paying 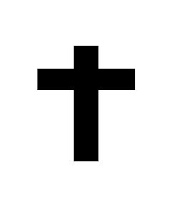 A Texas man had "God only can judge me" tattooed on his arm and then left without paying.

The tattoo artist said the man came in to the shop in the 200 block of West University Drive with some friends and asked for the motto along with the image of praying hands.

The artist completed the work and asked for $200, according to the report. The man handed over a credit card, but the charge was declined by the credit card company. The man waited in the front of the store for a bit with his friends, and the friends slipped away.

Then the man ran out of the store, according to the report.

Stealing a religious tattoo is such a good idea. I'm sure god loves that.
Posted by Sara at 11:15 PM